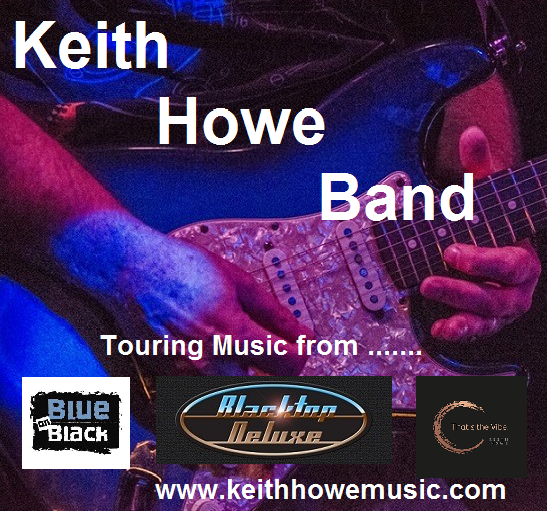 After a little deliberation, I’ve just set up a Band in response to peoples very kind requests to keep the Music of Blue On Black, Blacktop Deluxe and now my Solo Album ‘That’s The Vibe’ live.

I am very much indebted to the wonderful Paul Turton who’s initial idea it was for me to put a Band back together for Helstonbury 2020 Festival and things have grown a little bit from there !

I’m delighted to be welcoming back two great friends (and past band colleagues) into the base lineup Alan Ibbotson on Drums, Percussion and Vox, GB Bartlett on Guitars and Vox.
We are looking forward to adding Terry Gill on Bass and Vox plus other Musicians (Brass/Keyboards etc.) as and when.

The Band will not be touring as extensively as before as all of us have other commitments but we’re are already busy organising to play a selection of live dates in 2020 for some of the Festivals and Clubs who have already been in touch, requesting a date.

Here’s the new Band’s Facebook page and Band contact can be made there or via this site as always plus all information and dates will be posted both here and on this Facebook page as and when confirmed.